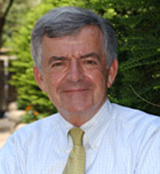 Joseph R. Baczko - Dean, Lubin School of Business, Pace University
Mr. Baczko has held senior management and leadership positions with a number of very dynamic, high growth public companies operating domestically, as well as in the international sector. In each of these positions, he has guided these organizations in attaining market share leadership in their respective fields and in achieving significant profitability.

Mr. Baczko is currently the Dean of the Lubin School of Business. Previously, he advised private equity firms on international acquisitions in areas of consumer services and specialty retailing. From 1997 to 2001, he was Chairman and CEO of Frank's Nursery & Crafts, a specialty retailer acquired in a leveraged buy-out which he led. After several years devoted to turn-around activities, the company reorganized under new ownership. From 1993 to 1997, Mr. Baczko was a private investor associated with the Cypress Group, LLC, a major private equity firm, and the lead investor in Frank's Nursery & Crafts. As President and COO of Blockbuster Entertainment from 1991-1993, Mr. Baczko helped lead that company to significant growth in the US and internationally, and market leadership worldwide through the expansion of company-owned operations, acquisitions and franchising. During his tenure, the company doubled its size and operated more than 3,000 stores worldwide. Mr. Baczko was the founder and President of Toys R Us-International, and led that company's successful global expansion from 1983 to 1990. He established major retail operations in Canada, France, Germany, UK, Spain, Singapore, Malaysia, Hong Kong, Taiwan, and Japan. The growth of Toys R Us-International became a textbook case for successful global expansion in specialty retailing. From 1979 to 1983, as CEO of Max Factor-Europe, Mr. Baczko directed that company's UK-based manufacturing and marketing operations throughout Europe, and developed a network of joint ventures in the Middle East, Africa, Japan, and South Asia. Prior to 1979, Mr. Baczko held various management positions with W.R. Grace and in merchant banking.

Mr. Bachenheimer has served as a consultant to the NYC Department of Small Business Services, LeadAmerica, and a variety of new ventures. He has spoken on entrepreneurship at numerous conferences, including the annual meeting of the National Consortium of Entrepreneurship Centers, the Congressional Student Leadership Conference on Global Business and Entrepreneurship, the Third and Fourth Annual Youth Assembly at the United Nations, and the Make Mine a Million $ Business program, where he also served as a Judge. Mr. Bachenheimer is the Chapter Chair of the M.I.T. Enterprise Forum of NYC, a reviewer for the CASE Journal and serves on numerous committees at Pace, including the Selection Committee of the University's incubator. Mr. Bachenheimer is the founding faculty advisor of the Pace Association for Collegiate Entrepreneurs, a Students in Free Enterprise Sam Walton Fellow, and the organizer of the Pace Business Plan Competition, Pace Pitch Contest and Entrepreneurship Conference.

Mr. Bachenheimer's earlier career includes serving as a Vice President of iQ Venture Partners, an Assistant Vice President of Westpac Banking Corp. and an International Banking Officer for the Bank of Tokyo. As the International Product Manager for MSI, an SBA certified 8(a) firm, he was responsible for the initial commercialization of a high-technology forensic science system. In that position, he conducted business in over twenty countries. Mr. Bachenheimer was also the founder of Annapolis Maritime Corp. and the Co-founder of StockCentral Australia. Other activities include having sailed his 36' boat from New England, through the Caribbean, to South America and back. Bruce also participated in the Sydney to Hobart race in 2000. 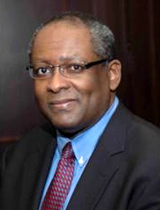 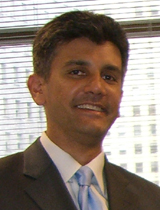 Rumit G. Mehta - Founding Partner and Director of Business Development of Safari Ventures
Rumit G. Mehta was born in Kenya and raised in Tanzania. He holds a degree in Architecture from the Savannah College of Art and Design and an MBA degree from Pace University Lubin School of Business concentrating in International Business with a particular interest on sustainable development in African countries.

Rumit is a founding partner & Director of Business Development at Safari Ventures (www.safariventures.com), a full-service destination management company that arranges uniquely organized private tours and awareness programs to East and Southern Africa and Ghana. With his experience in areas of economic development, Rumit plays a pivotal role in assisting academic faculty in planning travel abroad programs and is currently involved with several corporate and academic institutions such as the Harvard Business School, Yale School of Management, Pace University, Babson College, The Africa Channel and Sister Cities International to name a few. Rumit is actively involved in Africa related issues specifically in changing negative perceptions of Africa using his travel business and connections to show potential investors and learning institutions the opportunities that Africa has to offer. 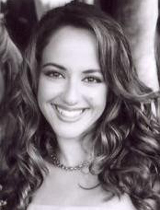 Anna Geller - MBA candidate, Pace University
Anna Geller studied at the Academy of Finance in high school. Every class that dealt with Management/Leadership became a part of her life. Anna took her knowledge outside the classroom and applied it in different organizations such as SIFE and IVE. She received the "President's Student Service Award" from President Bush and "The Service Leadership Award" from Tom Coughlin (President and CEO, Wal-Mart) and Alvin Rohrs (President and CEO, SIFE). After college, she worked for Thomson Financial and later joined Deutsche Bank as a Controller. Anna's entrepreneurial spirit never died, and she started her own business. She continues to lead a busy life, obtaining her MBA, working in the corporate world, running her current businesses, and seeking out new opportunities. Her latest accomplishment was being a Dream Team member and challenge consultant for Donald Trump's "Apprentice 7." The idea of "Next Entrepreneur" came during the field study trip in Africa. 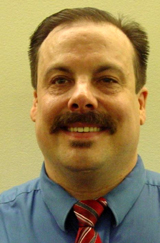 Robert Rugelis is a May 2008 Investment Management MBA Candidate at the Lubin School of Business here at Pace University. He is a member of the inaugural class of the Pace Full-Time Cohort MBA Program. Mr. Rugelis is currently a research assistant for Dr. Tucker, where he has researched stock options backdating as well as other current finance topics. He is also currently a graduate assistant for Dr. Viswanath, where he assists students with financial analysis software, such as Bloomberg, StockVal, etc., at the Pace University Global Portfolio Analysis Center (G-PACT Lab). After his studies at Pace University Mr. Rugelis is seeking an entry-level position in investment management as a security analyst.