Please indicate which date(s) you would like to attend. 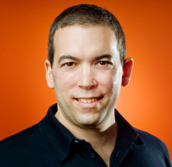 Yaron Galai is the Co-Founder and CEO. Prior to founding Outbrain, Mr. Galai was Co-Founder, SVP of Quigo, Inc, a provider of performance-based marketing solutions for advertisers and premium publishers. He previously served as the CEO of the company for three years. Quigo was acquired by AOL in December 2007. Previously, Mr. Galai was Co-Founder & VP Business Development at Ad4ever, a developer of rich-media advertising technologies for the Web which was later acquired by Atlas (a division of aQuantive). Earlier, he was the Founder of NetWorks Web Design - an SEO and Web design firm. At NetWorks he oversaw the production and search engine optimization of over 30 Web sites. Mr. Galai studied industrial design at the Holon Technological Institute, and is a Major (reserve) officer in the Israel Navy. 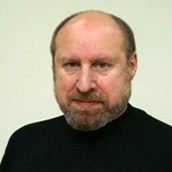 Fredric D. Price is Chairman and CEO of Chiasma and a member of the Board of Directors of Enobia Pharma. Previously, he was Chairman of Omrix Biopharmaceuticals, a member of the Board of Directors of Pharmasset, Executive Chairman of Peptimmune, Chairman & CEO of BioMarin Pharmaceutical and CEO and a member of the Board of Directors of Applied Microbiology. As Chairman and/or CEO, he has raised more than $500 million in a variety of securities transactions, led a total of 18 M&A and licensing transactions, built FDA approved facilities and had drugs approved in the US as well as in international markets. His earlier experience includes having been Vice President of Finance and Administration and CFO of Regeneron Pharmaceuticals, the founder of the strategy consulting firm RxFDP, and Vice President of Pfizer Pharmaceuticals with both line and staff responsibilities. Mr. Price is a co-inventor of 13 issued US patents. He received a BA from Dartmouth College and an MBA from the Wharton School of the University of Pennsylvania. 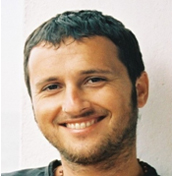 With over a decade of industry experience, Ran co-founded 5min Media in 2007, leading it to be the largest online video syndication platform, which was acquired by AOL in September 2010. In addition to his role as CEO of 5min Media, Ran is the Senior Vice President of AOL Video, where he leads the company's efforts to increase video across its sites and oversees the distribution of content from AOL video partners.

Prior to starting 5min Media, Ran's experience included working as a writer and deputy editor at Tel-Aviv Magazine. Ran has studied Philosophy and Computer Science at Tel Aviv University after serving in the Israeli air force for 7 years. 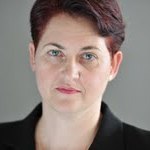 Nili Shalev, Israel’s Economic Minister to North America, has more than 20 years of experience representing the Ministry of Industry and Trade in a wide range of executive positions. Appointed to her present position in the summer of 2011, Nili is responsible for promoting trade and investment between North America and Israel.