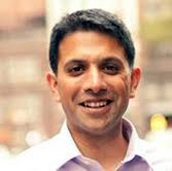 Somak Chattopadhyay is a Partner at Tribeca Venture Partners, an early stage venture capital fund in New York City. He has been operating or investing in early stage startups in the NY metro area since 1999. Somak leads investments in a variety of sectors including digital media, information services, and the Software-as-a-Service sectors. Somak is a member of the board of directors at Altruik, Ignighter, Mobile Commons, ReachForce and Truveris. Previously, he was at Edison Venture Fund, where he sourced and evaluated investments in the tech-enabled services sector and launched the firm's New York office. Somak serves on the board of numerous nonprofit organizations including the MIT Enterprise Forum of New York City, NYCVC, and the Lake Champlain Chamber Music Festival. He holds a BS in Mechanical Engineering from MIT and an MBA from Columbia Business School. 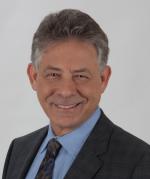 Robert Fuhrer can’t get his head out of the toy box. For more than 30 years, Fuhrer’s company, Nextoy LLC, has been connecting original toy and game ideas with the companies that market them. Established in 1981, Nextoy were pioneers in bridging Japanese toy and game creator's innovations with western marketing techniques.   The extensive Nextoy client list includes Hasbro, Mattel, SpinMaster, The New York Times, Crayola, Reader’s Digest,  St. Martin's Press, and Sterling.  Robert has traveled around the world in quest of original and inventive ideas to market worldwide, including over 125 visits to Japan alone. He has brought to market best-selling games and toys including Crocodile Dentist, Dragonfly RC, Gator Golf, iTop, and Airblade.  Fuhrer discovered the brain puzzle, KenKen® in 2007 on a business trip to Japan. He was immediately fascinated with the educational but utterly addictive game, and knew he had to add it to Nextoy’s innovative lineup. Fuhrer created KenKen Puzzle, LLC to license and market KenKen, with over 100,000 puzzles played online every day,  in 150 newspapers and over 50 book titles. 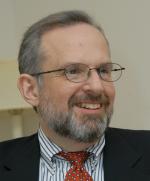 Edward G. Rogoff is the Lawrence N. Field Professor of Entrepreneurship in the Department of Management of the Zicklin School of Business at Baruch College, The City University of New York. He is also Chair of the Department of Management. He received a B.A., M.B.A., M.A. and Ph.D. from Columbia University where he wrote his thesis under the supervision of Nobel Laureate William Vickrey. Dr. Rogoff has served as the Academic Director of the Lawrence N. Field Center for Entrepreneurship at Baruch College, teaches, and conducts research in entrepreneurship, particularly relative to minority and later-life issues. Dr. Rogoff has been named the 2010 Outstanding Entrepreneurship Educator of the Year by the United States Association of Small Business and Entrepreneurship. 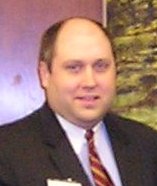 Charles Ryan is a Senior Vice President at HSBC and the bank’s Regional Business Banking Executive covering Downstate NY, NJ, Connecticut, Philadelphia, Washington DC, and Florida. Prior to HSBC, Mr. Ryan was an Senior Vice President  at JP Morgan Chase,  serving as an Area Manager for the Relationship Management Channel responsible for Manhattan East. Mr. Ryan holds a BBA in General Business and an MBA in Financial Management, both from Pace University.